The first beta release of SmoothWall Express, a popular firewall distribution, is ready for testing: "SmoothWall is pleased to announce the much-awaited release of the beta, feature-complete version of Express 3.0. Code-named 'Degu', 3.0 is the latest version of our successful and long-running express firewall software and incorporates a number of new features and improvements. Designed to be easier to install and configure, the new version (based upon the latest Linux 2.6 kernel) is a big advance beyond Version 2. Significant new features include: a much improved user interface; additional 'purple' network interface; additional support for newer hardware (including 64-bit processors); improved VPN subsystem.... 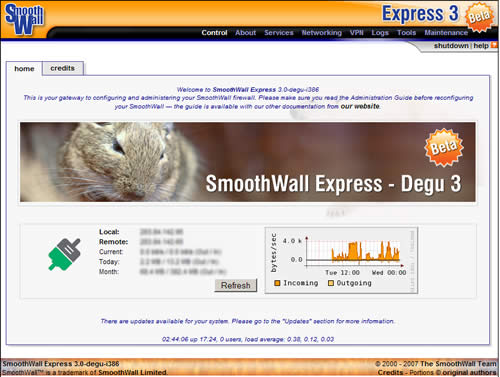