Marco Ghirlanda has announced the release of ArtistX 1.4, an Ubuntu-based distribution containing a pre-configured collection of free audio, graphics, video software: "After nearly ten years of development and more than ten versions, the ArtistX 1.4 multimedia studio on a DVD is finally here. It's an Ubuntu 12.10-based live DVD that turns a common computer into a full multimedia production studio. ArtistX 1.4 includes the 3.5 Linux kernel, GNOME 3.4 and about 2,500 free multimedia software packages, nearly everything that exists for the GNU/Linux operating system organized in the menu. Main features: based on Ubuntu 12.10 without Unity and with all updates; most of GNU/Linux multimedia packages and the very easy Ubiquity installer. We have now a new forum and a new Software page with the top 100 free software available in ArtistX 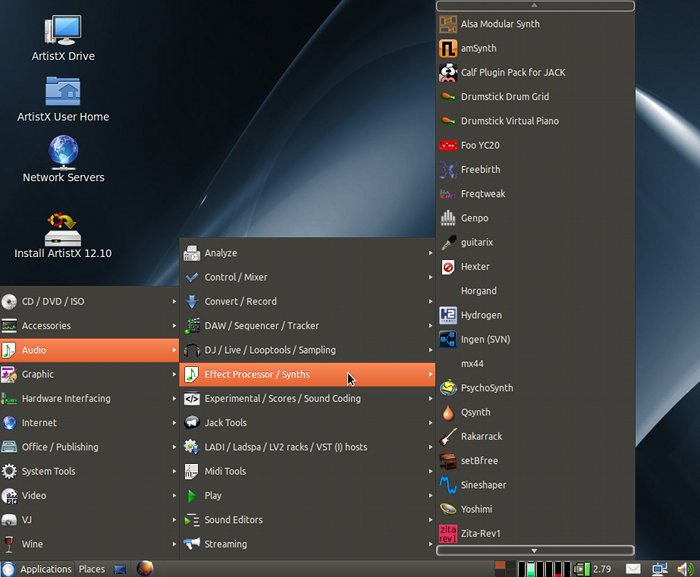