Wifislax 4.6, an updated build of the Slackware-based live CD with a collection of security and forensics tools, has been released. This is mostly a maintenance release to fix a serious bug in Reaver, a WiFi passphrase brute-force attack utility, the use of which resulted in segmentation fault in the previous release of Wifislax. The Linux kernel has been updated to version 3.6.11 with a number of new drivers to support tablets, touchscreen devices, multi-function printers, etc. The KDE desktop has been upgraded to version 4.10.5 and an option to boot into a lighter Xfce desktop remains available. Other package upgrades include Firefox 22.0, OpenJDK 7u25 and Wireshark 1.10.0, as well as the latest version of the Flash browser plugin. A number of new programs, such as nano and texinfo, have been added. The release announcement which contains a full changelog is in Spanish only, but the distribution itself can boot into either Spanish or English localisation of the KDE or Xfce desktops 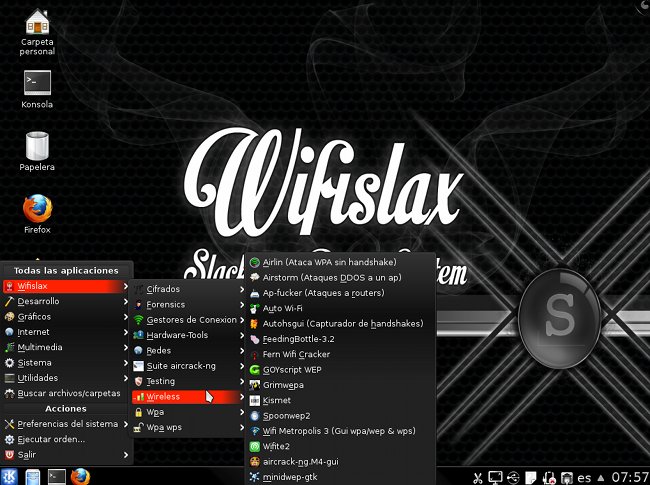