The DoudouLinux development team has announced the availability of an updated stable release of DoudouLinux, a Debian-based distribution designed for children: "'Gondwana', the stable version of DoudouLinux, has been updated to version 1.2. The changes are the following: official support for Finnish, Galician, and Norwegian (Nynorsk) which increases the number of official languages to 28; the size of the application launcher icons in the advanced activities is now computed based on screen resolution; internal disk partitions of the computer are now mounted read-only at boot; translations and PDF documentation have been updated. This will be the last update to 'Gondwana'. The next stable release will be based on its successor. 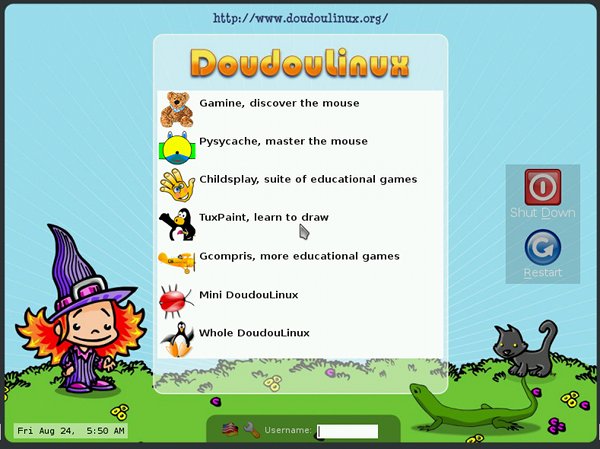