Peppermint OS is an Ubuntu-based Linux distribution that aims to be lightning fast and easy on system resources. By employing Mozilla's Prism technology Peppermint integrates seamlessly with Cloud and web-based applications. The distribution's other features include automatic updates, easy step-by-step installation, sleek and user-friendly interface, and increased mobility by integrating directly with Cloud-based applications.

Kendall Weaver has announced the release of an updated respin of Peppermint OS One, an Ubuntu-based distribution with LXDE and integrated web-based applications: "We're proud to offer the second official Peppermint OS respin, featuring a fully updated system as of June 17 and a few other things including bug fixes and new features. Here are some of the highlights. all Xfce applications and dependencies have been removed; the notifications are prettier; we've gotten rid of pyNeighborhood; the default IRC client, XChat, has been updated to version 2.8.8 and now automatically connects to #peppermint on irc.spotchat.org; the boot splash no longer has that weird blue tint to the background; all package updates as of June 17 have been installed and tested, this includes lower level updates that the update manager will skip over due to potential stability issues. 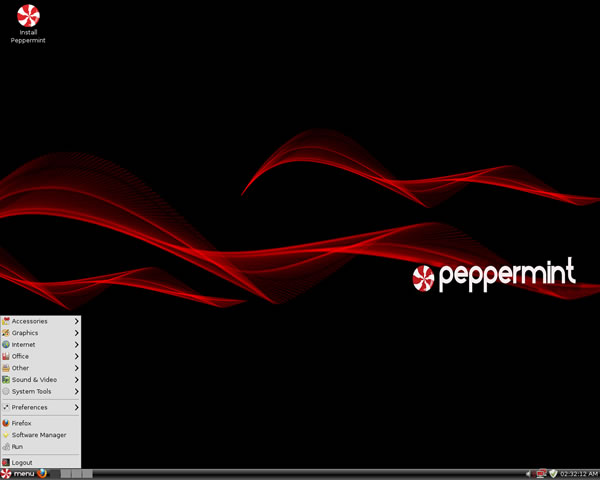