Distribusi linux yang sangat ringan, kini berbasis ubuntu lucid. Larry Short has announced the release of Puppy Linux 5.0: "Puppy Linux 5.0, code name 'Lupu' and also referred to as 'Lucid Puppy' as it is built from Ubuntu 10.04 'Lucid Lynx' binary packages, is now available. It is a typical Puppy, lean and fast, friendly and fun, with some new features. Puppy 5.0 features Quickpet, with some of the best Linux productivity and entertainment programs, configured and tested, available with one-click. It also introduces choice in browsers - pick one or all and choose the default. Lupu boots directly to the desktop and has tools easily at hand to personalize Puppy, if they are needed. Language and locale are easy to set. Barry Kauler's Simple Network Setup is another of those easy configuration tools. Updating to keep up with bug fixes is another one-click wonder. 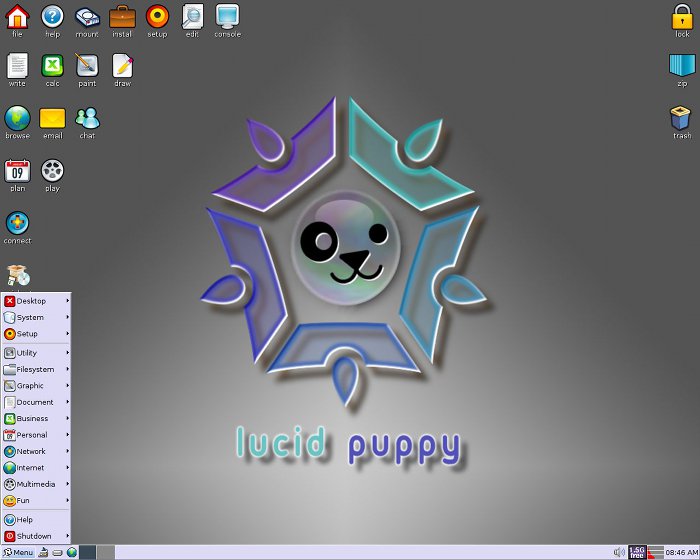