David Kuntadi has announced the availability of the beta release of Ubuntu Christian Edition 6.0, a distribution based on Ubuntu 9.10 and incorporating a variety of Christian and parental control software: "Ubuntu Christian Edition 6.0 beta release. One problem with the Ubuntu 9.10 release is a bug in DansGuardian, but Ubuntu Christian Edition 6.0, based on Ubuntu 9.10, comes with DansGuardian enabled and fully functional. In addition, the DansGuardian GUI now makes Internet filtering and sharing easy. With just a few clicks, you would be able to share Internet connection to your LAN, with or without Internet filtering. There is a major change in e-Sword installer as well, it now uses WINE stable (1.0.1) instead of WINE development. In addition to the desktop edition, we have also released a server edition. 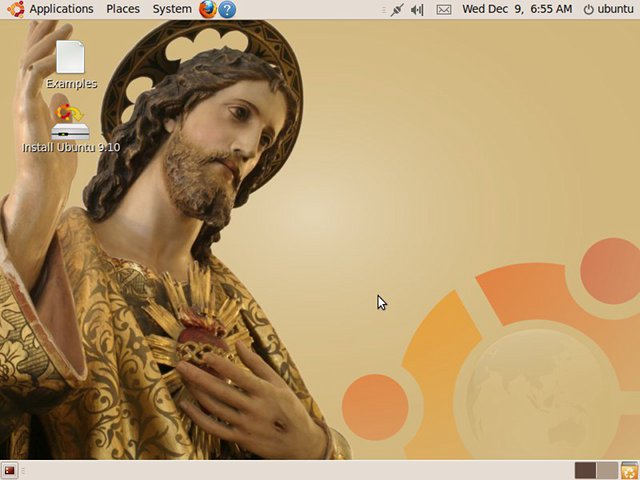 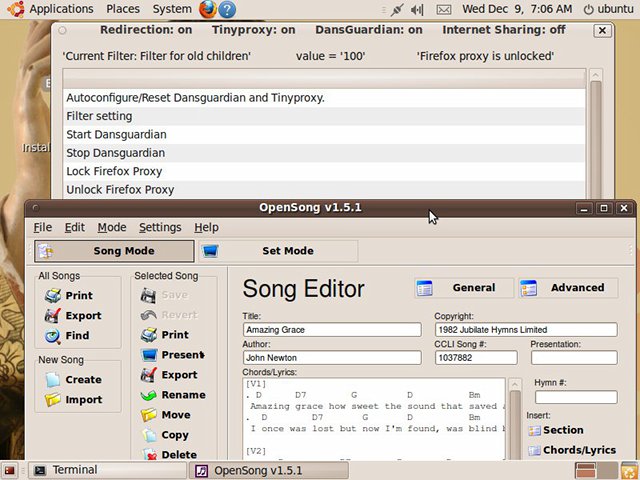