Russix was developed because we wanted a lighter and easier to mod wireless auditing tool.

Russix evolved from an internal UK Military Wireless auditing tool (debian based) which russ had developed while working for them as a penetration tester.

Anyway, we were messing about with some wireless scripts and JackFrost showed us a cool script which we liked that parsed the airodump logs. We took some of Jacks work (cheers Jack) and modified it to grep for other bits.

Finally, evil twin was born - or as Nebs likes to call it Evil Tiny Twin (as the whole attack is performed on one laptop).

Russix is a free download for auditing. It scripts together several WLAN attacks and will allow the user to break a WEP key in about 6 keystrokes! It will not be modified by us to make it into a phishing tool as that would be evil. 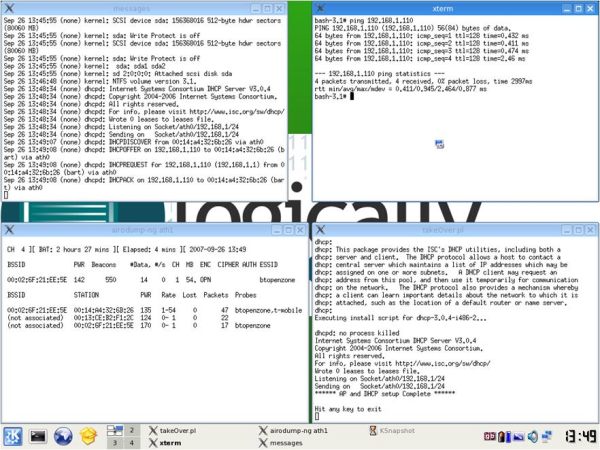